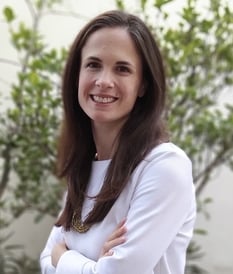 Her interest in languages was first sparked by her father’s ability to speak Spanish, eventually leading her to choose a career in the language industry. Devon moved from the United States to Argentina and has built a dual-continent family, often bouncing back-and-forth between the two countries. One of Devon’s proudest accomplishments is taking the initiative to go back to school to get her master’s degree from Kent State University in Ohio. After she went back for her master’s, she was able to find a good fit in language project management, having worked in this role for over five years now.

Devon enjoys spending her free time getting outdoors and going to parks with her husband and 2-year-old daughter. Her love for the outdoors and respect for the environment have led her to choose vegetarianism, in an effort to reduce factory farming one uneaten steak at a time. She also enjoys experimenting in the kitchen with new recipes and baking lots of desserts. Although mate is widely popular in Argentina, coffee is the one thing Devon cannot live without and has continued to drink it through her time there.

One value that Devon holds most highly is respect. She values people and tries her best to meet everyone where they’re at, whether she agrees with them or not. She tries her best to show respect for others in sticking to her commitments and communicating well.