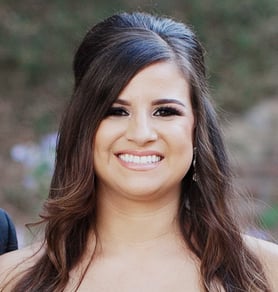 Language Network has always been a part of Ariel’s life, her parents having started the company the year after she was born. It wasn’t until later in her life however, that she considered working at Language Network. She started with the company at age 18, working on and off, until she decided to come on full time and carry on the family business. Ariel grew up in a melting pot, constantly interacting with various cultures which sparked an interest in her that grew into a passion. It was her passion for communicating with different cultures that made her decide to pursue her role with Language Network. She loves being able to help break down barriers in communication so that people are better able to see their commonalities as fellow human beings.

Ariel’s first year as an owner was not easy, having started to take over the company when she was pregnant with her son. In the matter of months she became both a new business owner and a first time mom. Ariel accredits much of her success through this time to the support of her family. Family is the one thing that she absolutely can’t live without. Family is a significant part of Ariel’s life and one of her favorite ways to spend her free time is being outdoors with her husband and son, Disneyland being their favorite outdoor spot.

Two values that Ariel holds highly are trustworthiness and respect for those around you. She feels that these values go a long way in both the business world and in life in general. She has also learned throughout her life the importance of understanding others and giving grace when lacking understanding. It is important to her to remember that she doesn’t always know what people are going through and strives to understand where others are coming from when she can, and to be graceful in her interactions when she cannot.